Why Cry-It-Out Can Be Bad for the Brain In 1998, Dr. Dick Krugman, then editor-in-chief of the journal Child Abuse & Neglect, asked me to write a review of new studies coming out on the neuropsychology of trauma, with a particular focus on the long-term impact of childhood abuse. I was happy to do it. It was an exciting time in the child maltreatment/trauma field. With new technology, researchers could finally study living human brains. This technology opened up whole new avenues of research and understanding, and I had a chance to summarize these findings for the major journal in my field (Kendall-Tackett, 2000).

The article took months to write. Since research in this field was so new, many of the findings were contradictory. For example, the physiological footprint of major depression was the exact opposite of the footprint for posttraumatic stress disorder (PTSD). How could that be? It was common for one person to have both. Researchers eventually developed better models that helped us understand these apparently contradictory findings. But in those first few years, they were hard to understand.

One finding, however, was remarkably consistent across studies: chronic stress was bad for the brain. This was true for adults. And it was especially true for children under the age of five. Their brains are malleable and highly vulnerable to stress. As Bruce Perry found in his extensive work with the Child Trauma Academy, ongoing childhood stress could permanently alter the way children’s brains worked.

Robert Sapolsky (1996) authored one of the classic articles on the effects of stress in the journal Science: “Why stress is bad for the brain.” In this article, he described the impact of the stress hormone cortisol on the hippocampus, the section of the brain involved in learning and memory. In in vitro studies, dripping cortisol on hippocampal cells made them shrink. In living human beings, those who experienced ongoing chronic stress or depression (which elevated cortisol levels), had smaller hippocampi than those without stress or depression. Doug Bremner and other researchers have found a similar pattern with combat vets and sexual abuse survivors with PTSD (Bremner, 2006). There were many other studies with similar findings. But the bottom line is this: chronically elevated cortisol levels harm brain cells.

Imagine my shock when I first learned that generally well-meaning parents were deliberately subjecting their babies to routines that chronically elevated their cortisol levels. The parents wanted to train their babies to sleep or to be independent. Some of these approaches are worse than others, and the milder forms, will probably not cause any long-term harm if they occur in the context of overall responsive parenting. I’m sure that parents who try these approaches think they are doing the right thing. However, if you understand the physiology, how could chronically raising babies’ cortisol levels by not responding to them possibly be a good idea?

Sleep training and cry-it-out techniques can also potentially harm breastfeeding. Mothers who are told to ignore their babies’ cries in some instances will find it more difficult to be responsive to their infants in other instances. This is a case of culture overriding a mother’s hardwired response to her baby. Spacing out feedings and/or stopping night feedings at some arbitrary age will have a direct impact on her milk supply, opening the door to the issues of decreased weight gain, increased supplementation, and possibly failure to thrive.

Studies, often with wide news coverage, that advocate sleep training and “cry it out” techniques  are a vestige of behaviorism, a school of thought that dominated American psychology from the 1920s to the early 1960s. The idea behind this approach is that if you respond to crying you are just “reinforcing” it—meaning that you are increasing the likelihood that it will happen again. Subsequent anthropological and psychological research has demonstrated the opposite to be true.

I find it interesting that chronic stress in infancy and early childhood has been identified as a major contributor to adult health problems. In 2009, Jack Shonkoff and colleagues published a major review in the Journal of the American Medical Association that stated that “adult disease prevention begins with reducing early toxic stress.” Considering the state of Americans’ health, this is something we should take quite seriously. A report from the Institute of Medicine (2013) noted the following:

“For many years, Americans have been dying at younger ages than people in almost all other high-income countries. This disadvantage has been getting worse for three decades, especially among women. Not only are their lives shorter, but Americans also have a longstanding pattern of poorer health that is strikingly consistent and pervasive over the life course.”

One way we can improve the health of the next generation is to challenge the hegemony of the cry-it-out advocates. The parenting techniques of sleep training, and especially cry-it-out parenting approaches, are potentially harmful for mother and baby. Reducing early toxic stress is key to preventing disease in adults (Shonkoff, 2016).

Women’s Health Today stands by mothers as they make the decision to defy cultural norms and respond to their babies. The health of the next generation depends on it. 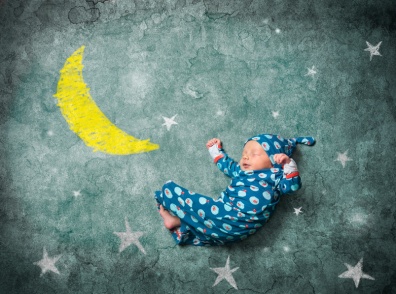 Four Reasons Our Sleep Is Being Disturbed

Lying Down to Breastfeed: Mother and Baby Sleep Positions

What Is Normal Infant Sleep?

Will My Baby Sleep More If I Wean Her?

Dr. Kendall-Tackett is a health psychologist and International Board Certified Lactation Consultant, and the owner and Editor-in-Chief of Praeclarus Press, a small press specializing in women’s health. She is Editor-in-Chief of two peer-reviewed journals: Clinical Lactation and Psychological Trauma. She is Fellow of the American Psychological Association in Health and Trauma Psychology, Past President of the APA Division of Trauma Psychology, and a member of the Board for the Advancement of Psychology in the Public Interest. Dr. Kendall-Tackett specializes in women’s-health research including breastfeeding, depression, trauma, and health psychology, and has won many awards for her work including the 2016 Outstanding Service to the Field of Trauma Psychology from the American Psychological Association’s Division 56.

Dr. Kendall-Tackett has authored more than 400 articles or chapters, and is currently completing her 35th book, The Phantom of the Opera: A Social History of the World’s Most Popular Musical. Her most recent books include: Depression in New Mothers, 3rd Edition (2016, Routledge UK, in press), Women’s Mental Health Across the Lifespan (2016, Routledge US, in press, with Lesia Ruglass), Psychology of Trauma 101 (2015, Springer, with Lesia Ruglass) and The Science of Mother-Infant Sleep (2014, Praeclarus, with Wendy Middlemiss). Her websites are: