The Psychology of Reading and Why Our Stories Matter 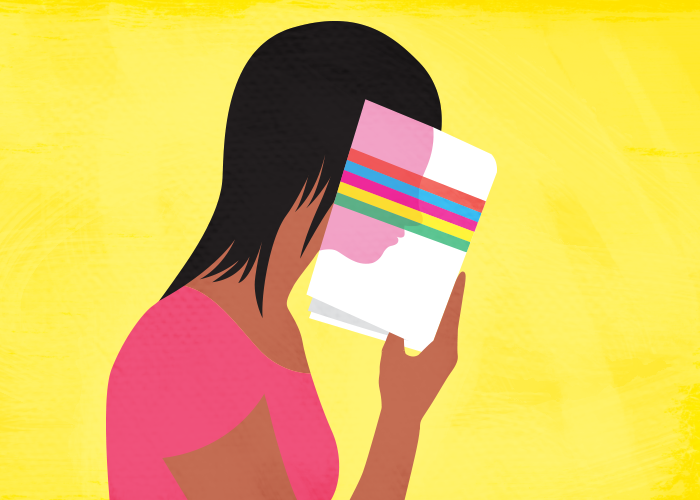 Getting lost in a good story helps a reader understand what’s going on in other people’s minds, a useful skill, particularly for caregivers.

As an avid reader, a student of literature during my time at university, and a mothers’ stories editor for some years, I have always loved reading and the art of narrative. As a keeper of mothers’ stories, I have long been aware of how important it can be for a woman to tell her birth and breastfeeding story, of her struggles and triumphs. Writing a story can be cathartic, helping its author work through complex feelings. Reading a story can help those with whom the author’s experiences resonate. The positive experience goes much deeper than that though, which is why storytelling has always been fundamental to all cultures. Recent research suggests that reading a well crafted story can be particularly beneficial to those who seek to help others.

Not just a good story

Do you get totally caught up in the story when you are reading a novel or weep when you see a performance of Romeo and Juliet, wanting to warn the lovers in advance of their inevitable fate, while knowing full well that you cannot alter the course of events? Fascinating research by cognitive psychologists and neuroscientists shows these reactions to be more than just enjoyment of a good story.

This mental involvement in literary fiction (as opposed to formulaic genre fiction) develops a skill known as “theory of mind,” which is the ability to imagine what might be going on in someone else’s head. Readers of fiction are better able to interpret the mental states of other people and to understand and empathize with them. The same applies to viewers of drama or players of narrative video games who immerse themselves in the stories of fictional characters, provided those characters are well developed, i.e. not stereotypical, one-dimensional figures (Oatley & Djikic, 2017).

Readers of literary fiction are better able to interpret the mental states of other people and to understand and empathize with them.

The ability to empathize with others improves our social ability. Vezzali, Stathi, Giovannini, Capozza, & Trifiletti, 2014 found that school pupils became less racist after reading Harry Potter’s efforts to vanquish the “dark side” with its prejudices against “muggles” who lacked wizard ancestry from both parents.

University of Toronto emeritus professor, writer, and cognitive psychologist Keith Oatley has researched extensively how literary fiction influences readers’ responses. He proposed that fiction is simulation rather than description (Oatley, 2016).

Simulations help us understand complexes in which several factors interact. An example of a simulation, Oatley gives, is a weather forecast, which illustrates predictions with the variables of moving air, sun, winds, water, all happening in conjunction, rather than an examination of each meteorological process in isolation. The simulations of fictional characters (running in our brain rather than on a computer) are ones we can identify with on a personal level by putting aside our own real lives and imagining we are living theirs. The emotions are our own, even when the characters are experiencing situations we have never been in, or are unlikely ever to be in. We know that fictional characters are not real, yet we cry with them, pity them, or become otherwise emotionally involved with their fates. We are able to bring to life these feelings.

Psychologist Raymond Mar (2011) found that the parts of the brain used for inferring thoughts and feelings of others are stimulated and light up in an MRI (magnetic resonance imaging) machine when people are processing stories.

“Fiction can be thought of as a form of consciousness of selves and others that can be passed from an author to a reader or spectator, and can be internalized to augment everyday cognition (Oatley, 2016).”

The Mind in the Eyes Test is a widely accepted measure of empathy and a measure of theory of mind (mentalizing or mind-reading) (Baron-Cohen, Wheelwright, Hill, Raste, & Plumb, 2001). Participants look at photographs of people’s eyes as if seen through the slot of a mailbox. For each one, they choose from a number of terms to indicate what the person is thinking or feeling. Mar, Oatley, & Peterson, 2009 found that the effect of heightened empathy and improved social ability in fiction readers could not be explained simply by a preference for reading fiction. The correlation between reading fiction and higher scores on the Mind in the Eyes Test remained significant when all individual differences, including personality, years of education, and social support, were controlled for.

All in the mind

In their review, Oatley & Djikic, 2017 proposed three psychological principles —emotion and empathy, character and identification, and suggestion and indirect communication.

Emotion and empathy. Readers of a piece of literary fiction take in and make the story their own. Both the writer and readers engage in an emotion-based exploration, which enables the readers not just to understand their emotions in relation to themselves and others but to explore, further understand, develop, and transform themselves (Miall & Kuiken, 2002). This partly by means of “foregrounding,” i.e. phrases that stand out and are unusual compared with everyday usage. Foregrounded phrases have been found to produce longer lasting activation, not only of the language areas of the brain but of other areas too (Giora, 2003). In this way, an artistically written story stays with its readers and continues to reverberate.

Character and identification. Kotovych, Dixon, Bortolussi, and Holden, 2011 found that people who read a short story became more able to identify with the narrator of the story, and understood her more deeply, than did those who read an altered version of the story in which they were given explicit descriptions of the personality and emotions of the narrator. Oatley & Djikic, 2017 hypothesize that literary art invites us to explore and to make inferences as we construct mental models of complex characters. In this way, it can enable us to understand people more deeply, including their inner contradictions. Literary fiction invites us to identify with others of different kinds, to enter unexpected circumstances, and thereby to live many (and sometimes difficult) lives.

A basis of indirect communication and suggestion. An informative study on suggestion was conducted by Summerfield, Hassabis, & Maguire, 2010. They asked people in an fMRI machine to imagine a scene when up to six suggestive phrases were spoken to them, one at a time so they had time to construct, for example, “a dark blue carpet,” “a carved chest of drawers,” “an orange striped pencil.” The researchers found that three phrases were enough to activate areas in this network to enable the participant to put together an imagined scene very vividly.

We are enabled to change ourselves not because an author tries to persuade us but because we alter our emotions through their indirect communication. Chekhov wrote in a letter that he thought his readers would “add the subjective elements that are lacking in the story” (Yarmolinsky, 1973, p. 395), indicating that the process of interpretation is an active one. When this occurs, as we enter into a piece of literary art, we begin to transform ourselves, because we become more than passive observers.

All this research highlights the value of both storytelling and reading. In 2000, The Moral Laboratory outlined the results of almost two dozen experiments that linked reading to better social skills. As social beings, cooperation is vital to everything in human culture. Storytelling and reading stories help us make sense of the world around us. Sharing stories is a fundamental approach to solving problems in all counseling and care giving situations and is particularly important in the arena of mother support.

Reading stories may help people become more human, compassionate, and able better to understand from the inside those they seek to help, as if they are seeing things through their eyes. And that has to be good for everyone’s health.