Looking for a strategy for calming? What about swaddling? Barbara Higham takes a look.

In the early weeks, putting my first baby to the breast was a bit like wrestling with an octopus: all flailing arms and legs with arching back, he resisted my clumsy attempts to settle him. My kind breastfeeding counselor suggested swaddling my baby in a blanket and holding him in a rugby ball position. This was one of many moves we tried in the mother and baby dance steps, in our struggle to find a way to get him to latch on to my breast. What worked more effectively (for us) was to lie down (for some it’s to lean back) so that with a hand either side of my breast, he was able to use his arms the better to feel me and steady himself, which did not work so well when I sat in upright positions.

Mothers throughout history have used the swaddling strategy to calm their babies. Swaddling can be defined as close wrapping of an infant, usually with a light cloth that leaves the head exposed, although swaddling styles vary across cultures. Reports show the practice has been gaining in popularity in the U.S. and U.K. during the last decade as it promotes more quiet sleep (Meyer & Erler, 2011). Current research on the technique is somewhat contradictory and suggests it may not always be a safe method of soothing your baby.

In general, swaddled infants arouse less and sleep longer, which can raise the risk for sudden infant death syndrome (SIDS) (Blair et al., 2009). Preterm infants have shown improved neuromuscular development, less physiologic distress, better motor organization, and more self-regulatory ability when they are swaddled. When compared with massage as a calming tool for excessive crying, babies cried less when swaddled. There is an increased risk of the development of hip dysplasia, and of respiratory infections related to the tightness of swaddling (Van Sleuwen et al., 2007).

The risk of SIDS appears to increase when infants are swaddled while sleeping on their stomachs or sides. As babies get older, they may be more likely to move into unsafe positions while swaddled during sleep, suggesting an age is needed after which swaddling for sleep should be discouraged. Most babies start being able to roll over at about 4-6 months (Pease et al., 2016).

If you share a bed with your baby, don’t swaddle him because he won’t be able to move his arms and legs to alert you that you are too close, that he is too warm, that a cover is over his face or head, all of which he can do easily by wriggling his limbs when unrestricted by a swaddling cloth. As well as signaling with their arms and legs, babies suck their hands, particularly to cue to feed. They need to use their hands to touch their own body and yours, which clearly they cannot do with their arms pinned by their sides.

If you are going to swaddle, then do so sparingly and with caution.

In this video clip, expert on infant sleep Wendy Middlemiss from the University of North Texas chats to Kathleen Kendall-Tackett about swaddling. 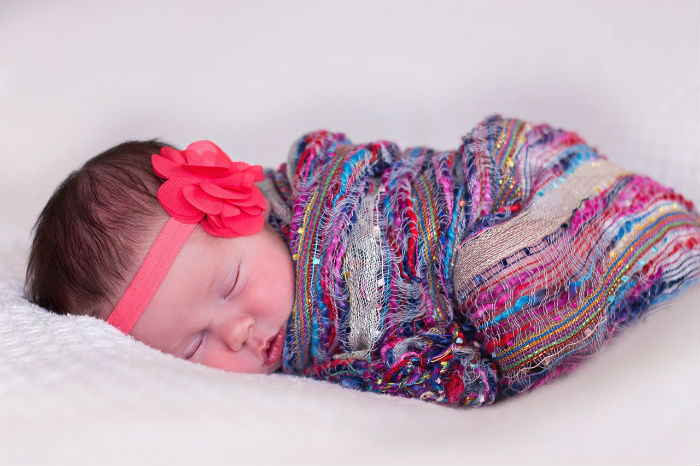 Four Reasons Our Sleep Is Being Disturbed

Lying Down to Breastfeed: Mother and Baby Sleep Positions

What Is Normal Infant Sleep?

Will My Baby Sleep More If I Wean Her? 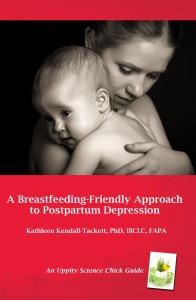 4 thoughts on “What about Swaddling?”