Everyone now accepts that breastfeeding is how babies are meant to be nourished but many common myths about breastfeeding still persist. Here are just five of them.

1. It is a myth that you can somehow spoil a baby by picking it up too often.

In a culture where artificial feeding has become the norm, many people misinterpret a baby’s desire to breastfeed more often than every couple of hours as a sign that a mother doesn’t have enough milk. Frequent nursing and cluster feeding are actually a common pattern for most young breastfed babies. Why is it so difficult to acknowledge and accept that we can’t separate from our babies or sometimes even put them down? I think we have been raised to see as manipulative or controlling what is in fact a baby’s expression of its normal needs for nurturing. We misread the normal things our babies do because caring for them is demanding and round-the-clock time consuming. Somewhere along the line, we have decided that being needed is a bad thing, when the reality is this is what makes us human.

2. It’s a myth that breastfeeding is exhausting.

Breastfeeding does not deplete mothers, nor does it cause depression.

As someone with a tendency to worry, my years breastfeeding stand out for me as the calmest, in spite of the challenges of parenting young children. Breastfeeding is a great biological design because once you are over initial hurdles, it is (mostly) enjoyable. It’s parenting that is hard work, breastfeeding provides respite. Breastfeeding mothers actually exhibit a less intense response to adrenaline (Altemus, Deuster, Galliven, Carter, & Gold, 1995). Repeatedly sitting or lying down to breastfeed compels a mother to relax. With an increase in maternal levels of natural opiates during lactation, the release of oxytocin (the hormone of love) followed by a release of prolactin (the milk-making and calming hormone), there comes a letting go, followed by a serenity that encourages her to slow down to adopt this new pace of life, to cope, and start to enjoy mothering. And, of course, she has the satisfaction gained by doing what puts her baby at least risk. So there is more than a modicum of truth in those images of blissed out mothers breastfeeding their adorable babies.

Breastfeeding might well protect against negative moods and stress. Breastfeeding mothers reported more positive moods, more positive events, and perceived less stress than formula-feeding moms (Groër, 2005). A mother who feels that breastfeeding is the only thing that is working well in her life does well to continue breastfeeding if she chooses to take medications to treat depression. Most antidepressants prescribed nowadays are compatible with breastfeeding, though not all those prescribing them are aware of this.

3. It’s a myth that breastfeeding mothers get less sleep.

Exclusively breastfeeding mothers appear to get more sleep than their mixed- and exclusively formula-feeding counterparts (Kendall-Tackett, Cong, & Hale, 2011). Maintenance of breastfeeding, as well as deep restorative sleep stages, may be greatly compromised for new mothers who cope with infant feedings by supplementing in an effort to get more sleep. Advising mothers to avoid nighttime breastfeeding to lessen their risk of depression is not a good idea. In fact, if moms follow that advice, it may actually increase their risk of depression.

Exclusive breastfeeding increases both the quality and quantity of mothers’ sleep. Mothers who are exclusively breastfeeding their babies report longer sleep times and feel better and more energetic during the day (Dorheim, Bondevik, Eberhard-Gran, & Bjorvatn, 2009; Kendall-Tackett, Cong, & Hale, 2011). Moreover, if mothers sleep well, they are better able to cope with the demands of new motherhood, so that if they do get depressed, they are likely to recover more quickly.

Dads can’t breastfeed but they can do just about everything else. Holding a baby skin-to-skin for a nap while mom takes a shower, or popping the baby in a sling or baby carrier and walking round the block are intimate encounters that help forge strong bonds between a father and his baby. Giving a breastfed baby a bottle can interfere with breastfeeding and hinders rather than helps a mother who is learning to breastfeed.

Bathing a baby and changing diapers provide excellent opportunities for tactile contact and exchanging smiles. A father’s deeper voice can be comforting when a baby is unsettled and dads often have a knack for making babies laugh. And when baby number 2 comes along, dad really comes into his own as the older child’s companion. When mom needs to devote more time to the newcomer, dad gets to spend real quality one-to-one buddy time with his firstborn and the importance of this time cannot be overstated in the new family dynamic.

5. It is a myth that a mother’s milk has no value after 6 months.

Human milk is a nourishing food for as long as a child drinks it. Mother’s milk is an important source of energy and nutrients, providing one half or more of a child’s energy needs in children 6 to 12 months of age. Between 12 and 24 months, it can supply one third of your child’s energy needs. The most common concern seems to be that there isn’t enough iron in breast milk beyond six months. (WHO; Raj, Faridi, Rusia, & Singh, 2008.) In fact, babies absorb up to half of the iron available in breast milk, compared with only a few per cent of the iron that’s in artificial milk or fortified cereals. The lactose in mother’s milk aids absorption of iron and vitamin C. Too much iron is definitely a bad thing. A simple blood test to check your baby’s iron levels may set your mind at rest if you are worrying about anemia.

These are just five of the commonest myths surrounding breastfeeding. What are some more? If you know any, please share them with our readers. 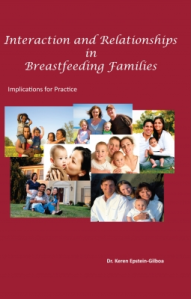 Kendall-Tackett, K. A. (2007). A new paradigm for depression in new mothers: The central role of inflammation and how breastfeeding and anti-inflammatory treatments protect maternal mental health. International Breastfeeding Journal, 2:6. doi:doi:10.1186/1746-4358-2-6