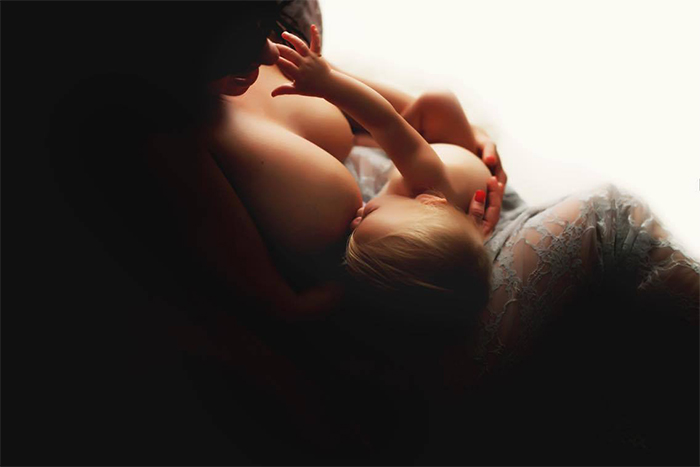 Finding your baby’s magic ratio and other techniques for latching off.

Q: I’m not enjoying bedtime or nighttime breastfeeding because my child won’t unlatch without waking up, so I can’t leave the bed. How can I get my baby to let go?

An excerpt adapted from a new book by Winema Wilson Lanoue from Praeclarus Press.

These are difficulties that many parents face, whether bedsharing or in some other co-sleeping arrangement, and really, they are two different things.

Here are some tips that some mothers have found helpful to encourage “latching off” and moving away from your baby.

Early on, while breastfeeding my children, I noticed certain sleep requirements had to be met before I could latch them off easily and I began to call this their “magic ratio.” As I worked with mothers and shared these observations over the years, many of them reported that they were able to use them successfully as well.

Most mothers know that humans have sleep cycles, but they rarely think of this in relation to their babies. They usually assume that their babies are in a deep enough sleep when they stop feeding actively so they unlatch them, only to find they wake and want to start nursing all over again.

The key is to observe your child. For a few nights, just watch. What does her breathing and sucking cycle look like? When is she okay with being detached from the nipple? When is she not? From my experience and what many mothers have told me after observation, I believe that most children reach a certain point when they appear to be truly asleep and can be latched off. What if this is ignored and the mom tries too early? The cycle is interrupted and must begin again …

The cycle of breathing/sucking after active nursing is finished may look like this: at first, maybe four or five deep breaths to four or five seconds of fluttery, weak sucking. Then it may stretch to seven or eight breaths, and two or three seconds of sucking. Sooner or later, they reach their personal “magic ratio,” which usually varies only when they are sick or in a growth spurt. For one, it might be twelve breaths to one second of light sucking. For another, ten breaths to two seconds. When they get to this place, you can use a finger to gently break suction and they will stay asleep. You might try this observation of your child’s cycle to see when you can safely detach your baby. It may be that, like many of us, you are anxious to get up and do other things instead of lying down, so you are just latching off too early.

Another technique that some mothers say worked for them (which is somewhat the opposite of my previous suggestion) is intentionally to break suction with your finger as soon as your baby stops actively feeding, leaving the nipple near his mouth, and allowing him to immediately latch back on. Then, a few seconds later, he will do it again (and then again) and, often, the child will give up after a few of these repetitions, too sleepy to keep trying. Some moms report that the child turns away from them. Akin to this, some moms will simply press a bit with a finger near the side of his mouth to re-stimulate sucking until the baby gets tired and latches off. Certainly, you wouldn’t want to do either of these things if your baby were upset or annoyed by them and, always, you will want to wait until he has truly finished eating. 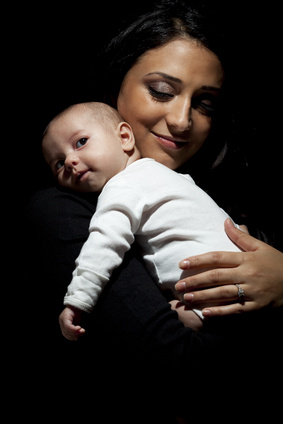 Many mothers respond to their baby’s waking when they try to move by remaining as still and quiet as possible at all times, which can feel very oppressive. But other mothers find that it can be more helpful to get their children used to sleeping through movement and a little noise and change. Moms may begin shifting around and making soft noises while nursing to get their baby used to these things, wherever he will eventually be sleeping.

If bedsharing, moms might ask a sibling or their partner to get on or off the bed once the baby seems asleep but is still latched on, hoping to get their baby used to movement without associating it with your breast being taken away. If putting a baby in a crib or co-sleeper, mom might stand up and then sit down while still nursing. She might move to a different place or position. Still, others will do little things; moving the child’s arm or leg, holding a hand and then letting it go, stroking hair, tickling a foot, talking softly, all while still nursing. After several days or weeks, some moms find that when latching off, making sure their child is deeply asleep, their movements are much less disturbing to the child.

These techniques come from observation and conversational reporting, not from any studies or recommendations by experts. There isn’t a lot out there from experts on ways to latch off or move away from your child with compassion, so these suggestions may be helpful to you. As the expert on your child, I am sure you will find new suggestions to add to my list.