I’m often asked why we need to highlight health issues among African-Americans. The answer is simple: look at the numbers. On pretty much every health metric we can name, African-Americans fare more poorly than their White counterparts. Black mothers are more likely to die in childbirth. Black infants are more likely to be born prematurely, and have higher rates of SIDS. Black women and men have higher rates of cardiovascular disease, diabetes, and metabolic syndrome.

Why do we see these differences? From a physiologic perspective, there are a number of factors. Discrimination and historic traumas, structural differences in care, and the intersection of race/ethnicity with lower socioeconomic status. These issues must be addressed.

In spite of these challenges, there is a rich history and great strength, with intervention coming from within the African-American community itself.

Praeclarus Press commits to highlighting the health challenges and celebrating the strengths of the African-American community. Black History Month offers us an opportunity to highlight both.

Dr. Kendall-Tackett is a health psychologist and International Board Certified Lactation Consultant, and the owner and Editor-in-Chief of Praeclarus Press, a small press specializing in women’s health. She is Editor-in-Chief of two peer-reviewed journals: Clinical Lactation and Psychological Trauma. She is Fellow of the American Psychological Association in Health and Trauma Psychology, Past President of the APA Division of Trauma Psychology, and a member of the Board for the Advancement of Psychology in the Public Interest. Dr. Kendall-Tackett specializes in women’s-health research including breastfeeding, depression, trauma, and health psychology, and has won many awards for her work including the 2016 Outstanding Service to the Field of Trauma Psychology from the American Psychological Association’s Division 56.

Dr. Kendall-Tackett has authored more than 400 articles or chapters, and has just completed her 35th book, The Phantom of the Opera: A Social History of the World’s Most Popular Musical. Her most recent books include: Depression in New Mothers, 3rd Edition (2016, Routledge UK, in press), Women’s Mental Health Across the Lifespan(2016, Routledge US, in press, with Lesia Ruglass), Psychology of Trauma 101 (2015, Springer, with Lesia Ruglass) and The Science of Mother-Infant Sleep (2014, Praeclarus, with Wendy Middlemiss). Her websites are:

7 Steps to Create a Culture of Respect and Inclusivity

Birth Trauma: Psychological Trauma of Childbirth in Our Time 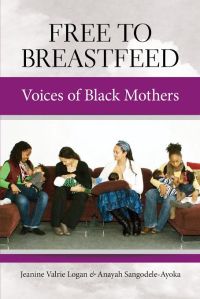 Breastfeeding Disparities and Implications for the Life Course

Reflections on Lactation in the African-American Community

Voices of Black Mothers: A Book, A Website, A Movement