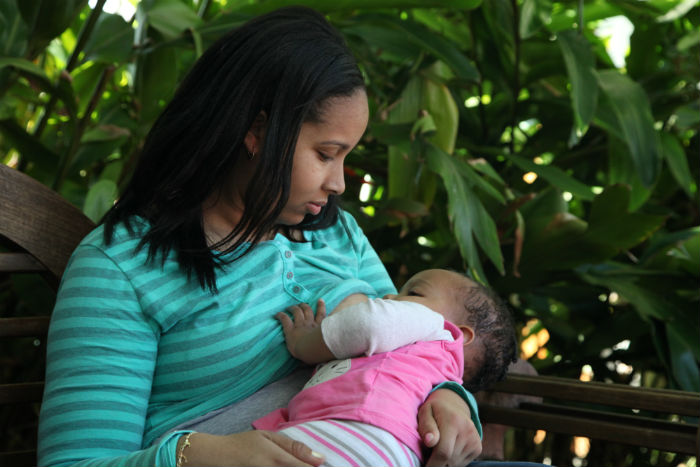 Substantial evidence exists documenting the superiority of breastfeeding and breastmilk for mothers, babies, and society. In 2011, the Surgeon General identified improving breastfeeding rates as a priority for the nation, and particularly those with disparate rates (U.S. Department of Health and Human Services, 2011). The Healthy People 2020 Breastfeeding Objectives call for an increase in the proportion of infants that are ever breastfed to 81.9%, and for 60.6% to continue to breastfeed for 6 months (Healthy People, 2013). Only 58.9% of Black American mothers initiate breastfeeding, and 30.1% continue for 6 months (Healthy People, 2013). Persistently a disparity, African-American breastfeeding rates might be deemed one causal factor for the high morbidity and mortality rates for this population (Cottrell & Detman, 2013). African-Americans consistently have some of the highest rates of diabetes, breast cancer, asthma, and obesity (Adler et al., 1994).

Black mothers face barriers to breastfeeding that are both complex and multi-dimensional. Whether a mother breastfeeds or not is influenced by intersectional factors, including cultural beliefs related to infant feeding practices. To increase breastfeeding initiation and continuation rates in this population, cultural beliefs must first be explored so that culturally appropriate interventions can be designed. Previous studies suggest that a woman’s infant feeding decision is made based on factors, such as her perception of women’s roles as a mother, her life experience, and perceptions of societal response and support (Bentley, Dee, & Jensen, 2002). The aim of this study was to describe low-income, Black Americans’ beliefs and attitudes about breastfeeding.

This was a qualitative descriptive study. Eight focus groups, each consisting of four to seven participants were conducted: five focus groups consisted of pregnant and/or parenting women, two groups with grandmothers, and one group with fathers (Table 1 [in the book] displays the demographics of the participants). Participants were recruited from the community, including a community outreach center, churches, beauty shops, and a barber shop. A semi-structured interview guide was used to elicit discussion. Participants were asked to discuss:

So momma has to be careful, because if you like to eat, you know, certain things, you just have to watch it until you finish breastfeeding.

Despite the perceived difficulties, all participants stated that they would recommend breastfeeding to everyone.

Mothers described making the feeding decision in late pregnancy, or after their babies were born. All participants said that health care providers, both physicians and nurses, were most influential regarding infant feeding. Participants also mentioned that WIC classes and school health classes presented positive breastfeeding messages and images; however, they were “few and far between.” Many mothers described receiving discouraging comments about breastfeeding from family members, usually the maternal grandmother.

My grandmother and my mother both told me not to breastfeed because I guess they didn’t do it; they bottle-fed.

The findings reported are consistent with past literature on Black breastfeeding beliefs and attitudes (Jefferson, 2013; Leigh 2010). Relationships between African-American women’s life experience, and their attitudes and perceptions of infant feeding exist. Findings from one study suggested that positive breastfeeding attitudes, and greater probability of breastfeeding intention, were observed among participants who knew someone with a higher level of education who had breastfed their infant, as well (Jefferson, 2013). Similarly, women in our study stated that they felt more likely to continue breastfeeding when they had the support of their family and peers, or knew someone who breastfed. Consistent with our findings, another study concluded that women also felt that their own community and society, including their environment and mass media, influenced their choice to breastfeed or bottle-feed (Leigh, 2010). According to Leigh, women felt that there were more frequent images of women bottle-feeding than breastfeeding. This, in turn, influenced the perception of infant feeding for the mother, regardless of whether the mother being portrayed in the media was feeding formula in the bottle, or if the bottle contained expressed breastmilk.

“Social support, infant health, bonding, and breastfeeding strategies are enabling factors along with mothers’ personal commitments to continue breastfeeding beyond 6 months” (Gross, 2014, p. 70). Spouses and maternal grandmothers play a significant role in a mothers’ infant feeding decisions. Infant feeding is a cultural mainstay in Black families; therefore, having an understanding of factors that enable mothers to breastfeed successfully would assist stakeholders and health care providers in giving support.

Breastfeeding peer support has consistently been identified as aiding in breastfeeding success in low-income mothers (Anderson, Damio, Young, Chapman, & Perez- Escamilla, 2005; Chapman, Morel, Damio, & Perez-Escamilla, 2010; Gross, 2014; Raisler, 2000). Through the use of peer breastfeeding support persons, organizations, such as WIC, should continue to work to normalize breastfeeding, as well as provide clients with culturally familiar resources. Peer counselors can serve in churches, schools, and community health care centers. Media, such as local radio stations and billboard advertisements, could also promote breastfeeding in those communities. Businesses, such as beauty salons, and community spiritual centers, such as churches, could become “mother-friendly” establishments that promote  breastfeeding support (Texas Mother-Friendly Work-Site, 2011).

In order to achieve WHO’s (2013) aim to increase the global rate of exclusive breastfeeding at 6 months to at least 50% by 2025, comprehensive education and breastfeeding support must be afforded to all mothers. This includes African-American mothers who experience greater breastfeeding disparities than other ethnicities. Implementing the Ten Steps from the WHO-UNICEF Baby-Friendly Hospital Initiative, particularly in hospitals that serve African-American women, could support women’s infant feeding choices in the prenatal, intra-partum, and postpartum periods (WHO, 2013). Researchers should work to gain a better understanding of both micro- and macro-level contextual factors that affect African-American mothers. Having a greater knowledge of the complex experiences of breastfeeding among Black women will help to improve infant feeding disparities. This, in turn, will further advance the development and implementation of interventions that target the multifaceted ways in which African-American women are successful with breastfeeding.

Sara Gill, RN, PhD, IBCLC, FAAN, is a Professor and the PhD Program Director at the University of Texas Health Science Center San Antonio School of Nursing. She is the Director of Research and Special Projects for the International Lactation Consultant Association. Dr. Gill oversees the lactation program for University Health System, San Antonio. Practice has provided an opportunity to identify, design, and test strategies to support vulnerable breastfeeding families.

Kelly McGlothen graduated with a BSN from the University of Texas Health Science Center at San Antonio, School of Nursing in 2012, and is currently a PhD student at UTHSCSA. Her research interests include the influence of contextual and cultural experiences of mothers on the transition to motherhood, mother-infant attachment, and the social-emotional development of the child. Her research and clinical practice aims are to work with vulnerable families to increase parenting efficacy, encourage the development of positive mother-infant relationships, and encourage optimal child development. She hopes to utilize this research to create culturally and developmentally appropriate maternal-child behavior promotion programs. Ms. McGlothen became an International Board Certified Lactation Consultant and Certified Infant Massage Instructor in 2013, and currently works in this capacity at University Hospital in San Antonio, Texas. 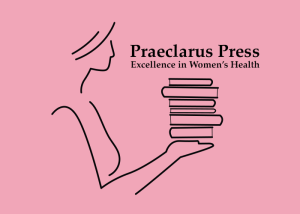 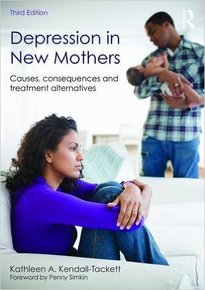