Does Weaning Help Mothers with Depression? 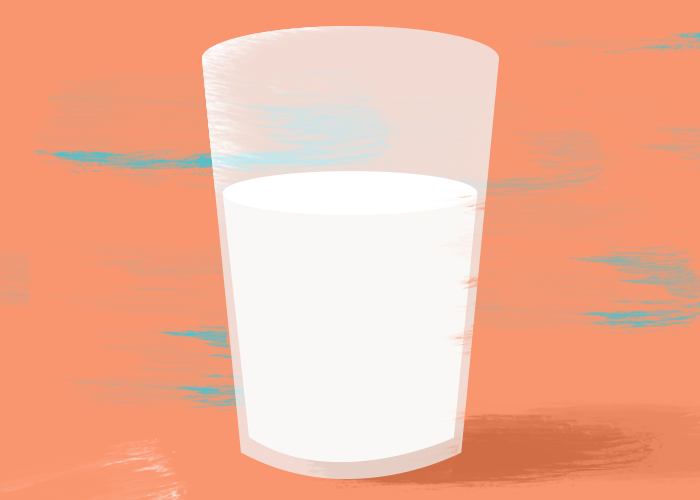 Will I feel better if I stop breastfeeding?

An excerpt adapted from A Loving Weaning by Winema Wilson Lanoue from Praeclarus Press.

I began weaning my daughter at 4 months because I had postpartum depression. I really feel like nursing made it worse when I had to sit or lie still, like I was being smothered. If I was up and doing things, I felt a little better.

I saw a therapist. She helped, but I still felt terrible when I was nursing. My boyfriend and I talked it over and decided that if I weaned, he could help more with feeding, and I could feed her while I was standing up. I felt good about the decision and was going to do it cold turkey but a friend talked with me about doing it a little more slowly to make sure I didn’t get mastitis.

I started replacing nursing with a bottle of pumped milk once a day. She took the bottle well. I hand expressed a little milk into the sink when I felt full. She was only nursing once during the night, so I started having my boyfriend feed her then. The only problem was that I was still awake and jittery when he was helping her. I still felt smothered just lying in bed, so I had to get up and walk around until I was calm.

I had her down to two breastfeedings a day (formula the rest of the time after my pumped milk was gone), and I was still feeling bad. My daughter seemed to be doing fine, though, and I was with her all day, so I stood up with her and danced around, and played on the floor with her as much as I could. I ended up taking an antidepressant, and when I did, I went ahead and weaned completely because the doctor said I should. I think now moms are told that they can keep nursing. I started feeling better pretty quickly. I did the best I could. As bad as I felt, totally not like myself, I am amazed that I took care of her and nursed at all! I had planned for nursing to be different and I was shocked with how it really was for me. But I know this; love conquers all!—Anonymous.

Q: I have postpartum depression and I think breastfeeding is contributing to it. Would weaning help with this?

A: I am so sorry to hear that you are going through this. Postpartum depression (PPD) can be devastating to mothers who hoped and expected a joyful transition into motherhood. I hope you know that feeling this way is not your fault and that many mothers have felt the way that you do. The admiration I feel for moms like you (and the one whose story appears as an introduction above) who manage to take care of their children under such circumstances is boundless.

The causes of PPD are myriad and complicated, though research in the last decade has advanced our understanding a bit, so that we now know that there are physical factors involved, such as

emotional factors, such as

And psychosocial factors, such as

While many mothers feel a mild form of short-term anxiety or depression after birth, it is not usually cause for immediate concern. They may be tired, stressed and weepy but are still able to bond with their children, provide for their needs, and function relatively well in their daily lives. The real concern is for mothers whose anxiety and depression is long lasting and/or begins later, and whose ability to function and enjoy life is severely affected. Experts say that this happens with a much higher percentage of mothers than we may realize, so you can be assured that you are not alone (Mohrbacher 2010, 751–753).

There can be great variation within this group of mothers, with some experiencing symptoms that are more or less serious than others and some exhibiting far more serious symptoms that may be signs of “postpartum psychosis.” This condition is rare and requires immediate medical attention. It’s an extreme state that usually (but not always) begins early, lasts a long time, and is characterized by severe and worsening versions of the more usual PPD symptoms (exhaustion, lack of interest in life, difficulty functioning, and sadness) with the possible addition of compulsions or thoughts of hurting oneself or one’s children and/or delusions. If you are feeling like this, the decision of whether to keep breastfeeding is a decision for another day. Seek medical help right away. Don’t delay. Again, this situation is not your fault and your doctors will know that seeking help is a sign of your desire to be the mother that you want to be. They will know that you are doing the right thing and that you are to be applauded for it.

Even when PPD isn’t extreme, mothers contend with serious pain and doubt. Those who don’t understand the breastfeeding relationship are often quick to blame it, when breastfeeding may, in fact, have protected the mother (and baby) from a depression that could have been more severe in its absence. If mothers don’t have other breastfeeding mothers whom they can talk to (and who may also have breastfed while suffering with PPD), then contacting mother-to-mother breastfeeding support groups will provide an opportunity to meet some.

Sometimes health care providers know about PPD, but may not understand the needs of the breastfeeding mother and baby. They may recommend weaning in a desire to “fix” the problem, without understanding how breastfeeding can be beneficial. Anecdotes of mothers who experience PPD for the first time or a worsening of their PPD symptoms after weaning are so common in parenting circles that health care providers would do well to take more time to understand individual situations before recommending weaning, especially as many medications that may be helpful are considered safe for nursing babies. Before taking medications or weaning unnecessarily, rule out other potential conditions.

While many experts feel that breastfeeding offers some protection from PPD, breastfeeding mothers do get depressed and their search for treatment can be complicated by their feelings about breastfeeding, whether positive or negative. Most experts agree that breastfeeding promotes better mental health in that it encourages closeness between mother and baby and releases oxytocin into the body (the “love hormone”). Some mothers report that when they are breastfeeding is the only time they feel like good mothers. Others feel that continued breastfeeding requires them to interact with their children when they are prone to isolate themselves, so it may protect them from worse symptoms.

Sometimes breastfeeding mothers feel that their PPD was triggered by problems with initiating or sustaining early breastfeeding and there is evidence that this, as well as traumatic birth, can take form as a kind of posttraumatic stress. Healing Breastfeeding Grief: How mothers feel and heal when breastfeeding does not go as hoped  is a valuable resource.

Other mothers feel as though continued breastfeeding is causing their PPD or making it worse, perhaps because nursing remains difficult or painful or because it is perceived as interfering with sleep or other parts of life.

Sleep is the one thing that makes or breaks it for some mothers. Sleep is important for good mental health. As we saw [earlier in the book], when discussing nighttime parenting, formula-feeding mothers experience higher levels of exhaustion than breastfeeding mothers overall, a situation which is at odds with the often knee-jerk recommendation to wean given to some depressed mothers who are nursing during the night. (Read here: How Do Mothers Get More Sleep?)

If you feel overwhelmed by baby’s waking, or by insomnia, some breastfeeding mothers get better sleep by moving the baby into bed with them, or by finding some other close sleep arrangement that allows for least disturbance. This can be done safely, and this and other helpful information for getting baby to sleep can be found in Sweet Sleep: Nighttime and Naptime Strategies for the Breastfeeding Family and Simple Ways to Calm a Crying Baby and Have a More Peaceful Night’s Sleep. Other mothers lower their expectations in other areas of life in favor of sleeping during the baby’s naps. Find other creative ways to get a little more rest, if waking with the baby is the problem (See Chapter 5 of this book for ideas).

If mothers suffer insomnia and are up even when the baby is not, check safe ways to help with this, including exercise, herbs, and supplements (see The Nursing Mother’s Herbal (Human Body Library)  or Medications and Mothers’ Milk for safety with these).

Psychotherapy is helpful because many mothers live with fear and/or trauma that can make sleeping difficult (Kendall-Tackett, 2017). And, as much as mothers may hate to hear it, some of us are sensitive to caffeine (and some of us find it affects our babies too). Kicking the caffeine habit may vastly improve your sleep.

When breastfeeding is going well, it truly can be a light in the darkness. When it is not going well, when supply or latch issues persist or when there is pain, moms can feel like it is standing in the way of their well-being. In these cases, solving the underlying cause of the discomfort, finding ways to get more sleep, and promoting better mental health in other ways can help quite a bit. You need not suffer in silence.