What’s in The Red Box and How Is It Keeping Girls In School? 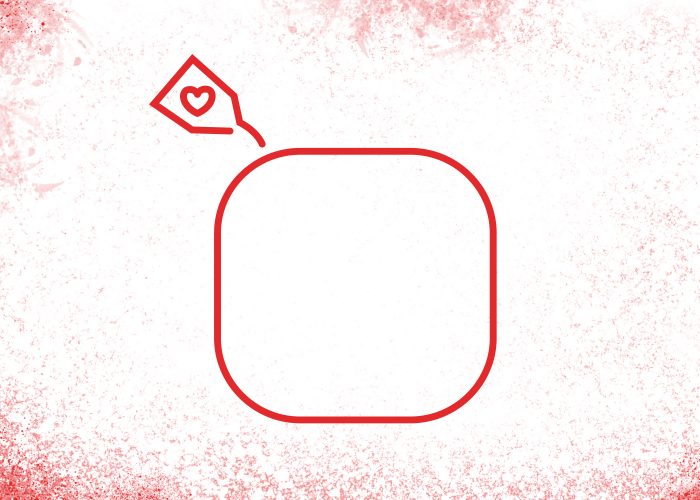 How The Red Box Project and other initiatives help keep girls in school while they are menstruating.

All around the world, women of childbearing age bleed each month, yet irrational feelings of disgust and shame connected with the biological fact of menstruation persist. The historical stigmatization of women’s bodily fluids—menstrual blood and breast milk too—that positioned women’s bodies as “monstrous and polluted” (Chrisler, 2011) continues now in the 21st century.

Old superstitious beliefs reported in Europe, Asia, Africa, Australia, and the Americas about the dangers of menstrual blood to plants, water supplies and animals, and the threat of a menstruating woman’s touch, assumed to be capable of turning milk sour and making food go bad, are related to contemporary beliefs that women should not bathe, swim, wash their hair, do heavy housework, play sports, tend houseplants, eat or drink certain things, or engage in sexual intercourse while they are menstruating (Chrisler, 2011). We seem unable to free ourselves from the idea that menstruation is shameful, dirty, and to be kept secret.

Action Aid recently reported that in Western Nepal, the now illegal practice of chhaupadi or banishing menstruating girls to remote, windowless mud huts without warm clothes, sanitary protection or running water is sadly still common. A frightening experience in which the unsanitary conditions and use of rags to soak up the menstrual blood place girls at risk of painful and dangerous infections that have even led to deaths in some communities.

Globally, activists are beginning to speak out to raise awareness about the effects that the stigma of menstruation has both on the physical and mental well-being of young women. For many of the world’s young women the stigma is exacerbated by poverty. Girls who have no money for sanitary pads do not want to be seen to be bleeding through their clothes.

In 2017, Meghan Markle, now Duchess of Sussex, wrote an article for Time reflecting on this stigma and how we should not ignore what is happening around the world, especially when girls are missing out on education by not going to school because of their periods. The whole taboo surrounding menstruation can affect a girl’s self-esteem and whether she feels able to interact socially.

In the UK, a 2017 survey by Plan International UK found that one in ten girls have been unable to afford sanitary products. Campaign manager Lucy Russell said:

“Girls, parents and schools need comprehensive menstrual hygiene management education and training to help tackle the stigma and embarrassment around menstruation that, along with cost, are at the root of the problems girls are experiencing. In schools, distribution of sanitary wear should be accompanied by an end to policies which restrict girls’ access to the toilets, notably during lesson time, and an end to a culture in which girls are too embarrassed to talk to school staff when they need to. Girls’ periods are a fact of life and schools, as well as wider society, still need to adapt to that fact.”

The Red Box Project is a UK initiative that started in Portsmouth a year ago, set up by women with no special skills or experience but who shared the simple conviction that the current generation of young women must be the last to suffer the indignity of “period poverty.” Now nationwide and community funded, the project aims to ensure that no young woman misses school because she has her period and lacks access to sanitary products.

Those contributing to the project include a girl guides troop, residents of a care home, the Women’s Institute, a pub, and, of course, among all of these volunteers, are many determined, energetic women. The project encourages women in the local community to sponsor a Red Box in a school near them, and to work together to keep it filled with sanitary towels and spare pants. Each box is made easily accessible through an appropriate member of staff and plain bags are included for discretion. Posters placed in the girls’ lavatories signpost the box, its content and location.

The Red Box will support disadvantaged young women throughout their period with the reassurance of one or two sanitary towels left over to prevent a panic the following month. No more crying over being caught unawares and no need for wadded up toilet tissue stuffed in knickers. No anxious embarrassment. No missed lessons or staying at home. No missed education.

The Red Box Project is entirely funded by community kindness, woman to young woman. It is designed to be a simple, no frills scheme to meet need with minimal fuss. There are already 340 red boxes across the UK, with posters in some schools translated into Somali, Welsh, Bengali and Spanish. The project has recently been introduced into the USA with two red boxes already in Florida and Pennsylvania. 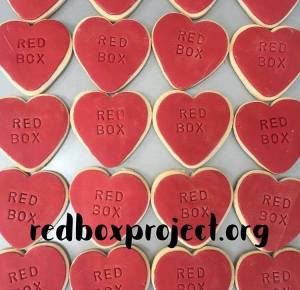 Currently the Red Box Project is pushing to help young women with special educational needs, using clearer labeling and artwork to help those who have difficulties with communication.

“The project is becoming very popular and we are receiving an enquiry every 15 minutes,” said project manager Anna Miles.

“A young woman’s education will shape her future. We strongly felt it was time for communities of women to step up, work together and help.”

In India, the Myna Mahila Foundation, named after the chatty Myna bird, is empowering women to speak about issues they are most afraid to discuss aloud. Almost half of the women Myna surveyed living in the overpopulated slums of Mumbai, felt very uncomfortable talking about sanitary pads. In 2016, an Indian National Family Health Survey found only 58% of women in India aged 15 to 24 use sanitary pads at all. The foundation employs women from the urban slums to manufacture and sell affordable sanitary pads door to door to provide stable employment and improve menstrual hygiene.

In the USA, advocate for women’s menstrual equity and author of Periods Gone Public: Taking a Stand for Menstrual Equity Jennifer Weiss-Wolf has focused on fighting against the “tampon tax.” So far, nine states have exempted menstrual products from their sales tax, and seven have introduced legislation aimed at doing the same. Weiss-Wolf writes that managing menstruation “is a critical aspect of the lives and civic participation of more than half the population,” and should be considered when making policy. Sanitary pads and tampons should not be marketed as “luxury” items that make them unaffordable because this results in damaging women’s dignity. 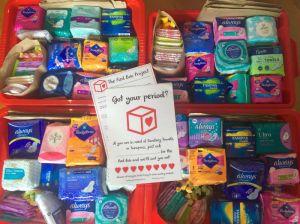 Anna Miles shared what one teacher joyfully reported her pupil having said, which sums up both the significance of protecting girls’ dignity through a simple donation and what a success The Red Box project has been, 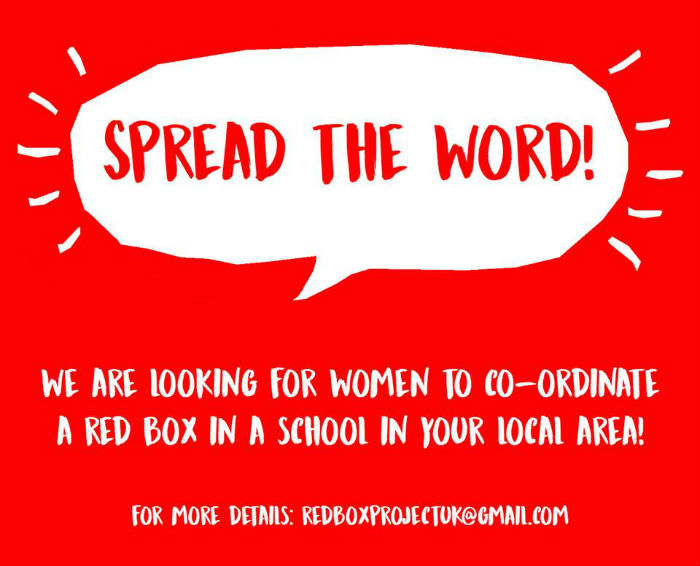 2 thoughts on “What’s in The Red Box and How Is It Keeping Girls In School?”