A look at what the research tells us about mothers’ bone health in pregnancy, breastfeeding and menopause.

The National Osteoporosis Foundation estimates that around 54 million Americans have osteoporosis and low bone mass, placing them at increased risk for osteoporosis (bone loss that is serious enough to result in fragile bones and increased risk of fracture). Studies suggest that approximately one in two women and up to one in four men aged 50 and older will break a bone due to osteoporosis.

Both pregnancy and breastfeeding may affect bone health, although most women do not experience bone problems during this time. It is always a good idea to take care of your health and keep the future in mind. A balanced diet with adequate calcium, regular exercise, and a healthy lifestyle are good for all mothers and their babies.

The National Academy of Sciences recommends that women who are pregnant or breastfeeding consume 1,000 mg of calcium each day, which they can do best through eating calcium rich foods. For pregnant teens, the recommended intake is 1,300 mg of calcium a day.

During pregnancy, the growing fetus requires calcium to develop its skeleton and will take what it requires from the mother’s own bones if the mother’s diet is deficient in this mineral. The unborn baby’s need for calcium is especially high during the last 3 months of pregnancy. During the childbearing years many women do not get enough calcium. However, pregnant women’s bodies, it seems, are prepared for this eventuality because they absorb calcium from their food more effectively during pregnancy and produce more of the hormone estrogen, which helps protect their bones. While bone loss may occur during pregnancy, it is typically restored postpartum. Some studies suggest that pregnancy may be good for bone health overall.

Pregnant teenagers are still building much of their own total bone mass. One study suggested that while adolescent mothers might be more vulnerable to bone mineral density loss than adult mothers, breastfeeding by adolescent mothers was associated with greater bone mineral density in the proximal femur (hip) during young adulthood, so that lactation may actually have a protective effect on the bone health of teen mothers (Chantry, Auinger, & Byrd, 2004).

While calcium is necessary in the production of milk, some hypotheses support the contributory effect of pregnancy and lactation on osteoporosis later in life. Studies show 4–6% bone loss during the first six months of lactation because of estrogen deficiency and calcium loss in breast milk (Hopkinson, Butte, Ellis, & Smith, 2000).

Studies have found that breastfeeding does not result in a net loss of bone density in mothers. Lactating women lost significantly more bone mineral content and density in the total body and lumbar spine than did non-lactating women during the first 6 months postpartum. There was no effect of lactation on bone changes at the distal radius (in the forearm near the wrist). After weaning, lactating women gained significantly more bone in the lumbar spine than did non-lactating women (5.5 % versus 1.8%). Earlier resumption of menses was associated with a smaller loss of bone during lactation and a greater increase of bone after weaning. The authors concluded that lactation may not result in net bone loss (Kalkwarf & Specker, 1995; Kalkwarf, 1999).

Women who had breastfed for 13 months or longer were half as likely to develop rheumatoid arthritis as those who had never breastfed. Those who breastfed for between 1 and 12 months had a 25 percent decreased risk (Pikwer, Bergstrom, Nilsson, Jacobsson, Berglund & Turesson, 2009).

Yazici et al., 2011 found that changes of bone metabolism during lactation had no effect on postmenopausal bone mineral density. Consequently, it could be suggested that long breastfeeding duration is not a risk factor for low bone mass later in life.

To reach any accurate conclusion, researchers should not ignore variations in the design of different studies (comparative groups, population characteristics, number of subjects, follow up period, and statistics), timing of the postpartum studies, nutritional status of mothers, racial differences in calcium homeostasis and bone metabolism, maternal age, parity, onset of menses, duration of lactation and bone sites which show inconsistencies of data (Prentice, 1994; Kung, Luk, Chu, & Chiu, 1998; Woo, Leung, Ho, & Chan, 1999). The wide variations between study subjects in the research have influenced the outcomes. Retrospective studies relied on the past memory of the subjects about lactation period, lifestyle or physical activity which might be with mistakes.

Different bone sites, time and the method of measuring bone density may cause the discrepancy between results (Hopkinson, Butte, Ellis, & Smith, 2000). Different studies show controversial results in different bone sites. Despite controversial results, pregnancy may have a protective effect on bone health, especially if followed by lactation. Available clinical and epidemiological data do not support permanent bone loss during pregnancy and lactation. The reviewers stressed the need for more research to verify these results according to the comprehensive definition of lactation, because most of the research has not taken into account whether breastfeeding was exclusive during the first six months of life (Salari & Abdollahi, 2014).

Looking at what evidence we have, becoming a mother and breastfeeding may actually be protective of our bone health in the normal course of our lives.

Kalkwarf, H. (1999). Hormonal and dietary regulation of changes in bone density during lactation and after weaning in women. J. Mammary Gland Biol Neoplasia 4, 319–329. 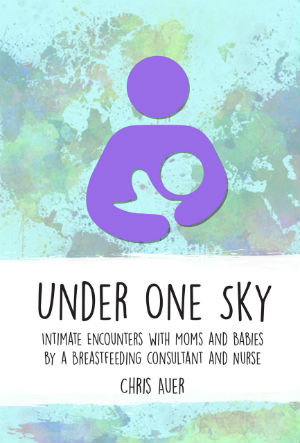