My Instinctive Trust in Breastfeeding

Angela Dawson shares her story of instinctive trust in the power of breastfeeding.

In the past 12 years, I have had approximately 17 lactating-free months. I don’t say this to brag. In truth, I am somewhat bemused that my breastfeeding career is still a work in progress. I spent a long time as a nurse to adults with chronic medical conditions. I never imagined that I would spend almost as long breastfeeding my children. But they all turned out to be keen feeders who loved the bosom. Never blessed with a generous chest, I was lumped with what my Nana called my “two fried eggs.” It’s a marvel they managed their job so well.My youngest shows no signs of quitting my milky goodness.

I am a grey-at-the-temples, slightly doughy, middle-aged mother who is breastfeeding a toddler. Again. He catches my eye, cocks his head, and grins. Both hands make the sign for milk. “Do you want some mama milk?” I ask. “Yeth,” he says, giving one firm nod. 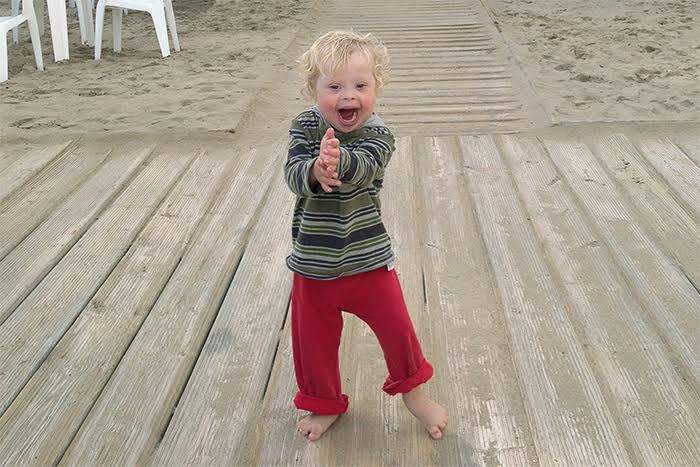 I pick him up, lay him across my lap. No longer a neat bundle that fits snug in the crook of my arm, he spills over, legs dangling. His left brow arches. The skin above crumples as he looks up at me. His free arm raises my top for all the world to see. Flesh bare, breast and belly exposed, I rush to cover up. His fingers grab and pinch skin. Sometimes they leave scratch marks. “I must remember to cut your nails,” I think, though I know this thought will escape me until the next time. This kneading is purposeful. It helps the milk to flow freely, makes him a highly efficient feeder. It helps his restless body stay still. It soothes him. I know all this, but I can’t deny that it bugs the hell out of me at times. Two nursing necklaces are in the post. Any day now, he will have something else to fiddle with while he breastfeeds. I wish I had thought of this years ago.

The morning after he was born, the General Practitioner (GP) visited us at home. She was full of concern for his obvious, but, as yet, unverified, extra chromosome. She spoke of potential heart problems and other downsides of Down syndrome. “If he doesn’t feed well today, he will have go to the Children’s Hospital to see a pediatrician.” I wondered what the outcome of such a visit would be. I wondered how a newborn, with a still bleeding mother, would fare in such an environment. I wondered how that would help him do what all babies know how to do. I have spent more than a decade working in various hospitals. They are places of bright lights, noise, sickness, and bustle. They are not filled with the reverent restful hush that new mothers and babies need to be bathed in. “I don’t really want to do that,” I said.

What I wanted was a chance for my son to settle into a world of warmth. Not one of cold, hard, clinical fear. The GP rang the hospital. After a short discussion, it was decided, we could stay home and monitor his weight and the frequency of wet diapers. I breathed a little more easily. We sang to him in those early days, his siblings and I. “Latch on, Larry, latch on. Latch on, Larry, latch on” over and over in gentle voices, in the hope that it would help him pee and weigh more. On the third day, the midwife said, “You have to let him know you mean business.”

Though he guzzled both breasts when he woke, the feeds were short and his sleep long. I took her words on board. I couldn’t be sure that he was making the required five wet daily diapers. From then on, I swaddled his arms and legs lightly in a tartan wool blanket. I meant business. The student health visitor came round. Stripped my son bare. He lay on the hard plastic scales. His weight had dropped. I wasn’t alarmed. This was the third time he had been weighed in almost as many days. Three sets of scales. Three different people—of course there would be discrepancies. Babies often lose weight in the first two weeks without any harm and he was still just within the acceptable range.

The student health visitor arranged to come back a few days later; cautioned that my son would need to see the GP if his weight had fallen. We settled into our feeding rhythm. My breasts filled. He emptied them and filled his diapers. As the appointment approached, I was filled with doubt and restless worry. The threat of the scales weighed heavy on my mind. I felt tense when I thought my son might not measure up. He was feeding as much as he could—I couldn’t make him drink any more.

I wasn’t ready to give up. I knew that the antibodies in my breast milk would boost his immune system. They would give him extra protection from the chest, ear, and gut infections that plague infants with his condition. I knew that breastfeeding would be the best workout for his jaw and tongue, priming him for future speech. That he was literally growing his brain with each drop. But mostly I knew that sharing this closeness would stimulate his every sense and help us both fall more deeply in love. My mind was made up. I called the clinic and left a message.

“I’m sorry for the short notice, but I am going to have to cancel the appointment. I don’t have any concerns about my son at the moment and I’m sure there are many other struggling mothers who could use your support. It was lovely to meet with you. Thanks again for your help.”

It takes strength to keep going when you feel vulnerable and doubted by authority figures; a gut strength borne of love and inner sense. I’m glad I trusted my instincts and was able to breastfeed my son.

CAUTION: Always check with your health care provider if you do not have clear evidence that your baby is thriving. 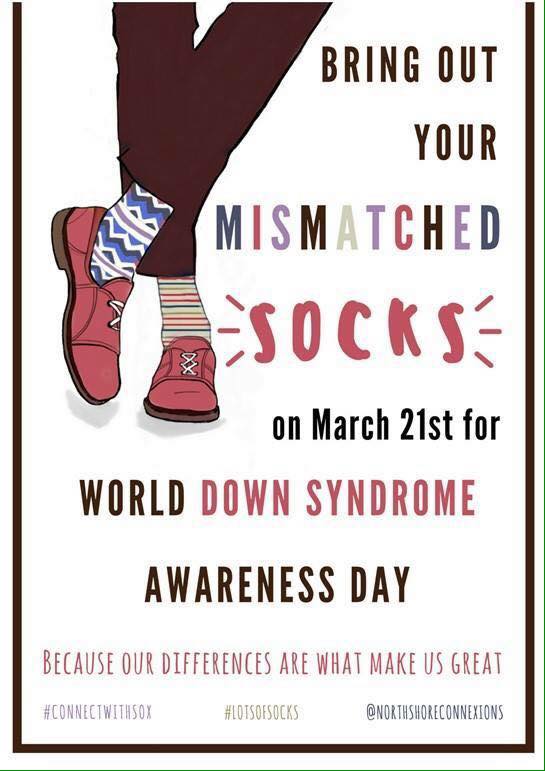 Breastfeeding Your Baby With Down Syndrome