Here are just three threads of a breastfeeding narrative. James Akre uses everyday images, metaphors, similies and analogies to approach what is commonplace for some, yet unfamiliar to others, in order to encourage everyone to look at breastfeeding from a fresh perspective.

What’s your favorite sartorial fantasy? As a male, mine is to be able to walk into Davies & Son, reputed to be the oldest independent tailor (established 1803) on London’s storied Savile Row, and order a three-piece bespoke suit and camelhair overcoat out of the finest cloth and interlining. Perhaps yours extends to the high-fashion houses in Paris, for example Chanel, Dior and Lanvin. In either case, unless we win the lottery or Aunt Edith surprises us with a hefty bequest, my guess is that we’ll both go on fantasizing while making do with the usual off-the-rack duds. Fortunately, it’s not like that with breast milk. We can easily afford to provide our children with the finest in tailor-made nourishment, and this for a fraction of the price of even vulgar mass-produced synthetic nutritional frippery.

What I had learned in essentially theoretical terms as a sociology undergraduate in the mid-1960s I have lived since in very dissimilar sociocultural environments: initially in the USA (where I had spent the first two decades of my life) and then in Turkey, Cameroon, Haiti and, most recently, Switzerland. Something considered “natural” and “obvious” in one cultural environment could—indeed most often is—viewed quite differently in another. This truism was effectively illustrated in a letter to The Lancet I saw from a British obstetrician who described an experience he’d had while working in Saudi Arabia. He was making rounds one evening in the maternity wing of the ultra-modern King Faisal Specialist Hospital and Research Center in Riyadh. As he turned the corner at the bottom of a long empty corridor, he unexpectedly came, literally, face to face with a clutch of Saudi mothers visiting with each other in the hallway while breastfeeding their newborn babies. Under the circumstances, it’s not difficult to imagine the scene as this lone Western male teetered awkwardly mid-stride and five startled Saudi mothers moved urgently to cover up their … faces. As to the babies, according to the obstetrician they never missed a gulp.

Mother Nature doesn’t have it all that easy what with so many competitors trying to grab a piece of the child-feeding action. And not only that, as I look around I notice that she’s often treated with shocking disrespect: like an old cow by some, like a dumb ass (the kind that’s gray, has long ears and eats grass) by others, and like an old goat by still others. But as far as I’m concerned, she’s more like a thoroughbred bay filly—swift, sleek and sure—and forever a winner. That’s why, whenever I step up to the betting window in the Life Long Sweepstakes Office, I always put my money on Mother Nature. 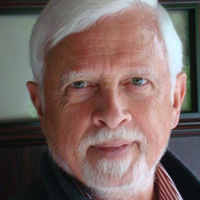 James Akre is an author and commentator whose focus is on the sociocultural dimension of the universal biological norm for nurturing and nourishing infants and young children, and on identifying pathways for ensuring that breastfeeding and breast-milk feeding are routine once more everywhere. His international public health and development career spans five decades, including more than 30 years with agencies of the United Nations system (International Labour Office, United Nations Children’s Fund, and the World Health Organization where he was the liaison officer (1990–2004) for LLLI), and seven years working in Turkey, Cameroon and Haiti. He is a member of the editorial board and reviewer for the International Breastfeeding Journal, and he is also a reviewer for Pediatrics and Maternal & Child Nutrition. He is a member of the Scientific Advisory Committee of LLL France and a past member (2004–2010) of the Board of Directors of the International Board of Lactation Consultant Examiners (IBLCE).

See too from James Akre:

Breastfeeding Is Our Common Mother Tongue

Did the Earth Move for You?

Our Alien Attitudes to Breastfeeding

Why Breastfeeding Is in Men’s Best Interest