Why Breastfeeding is in Men’s Best Interest 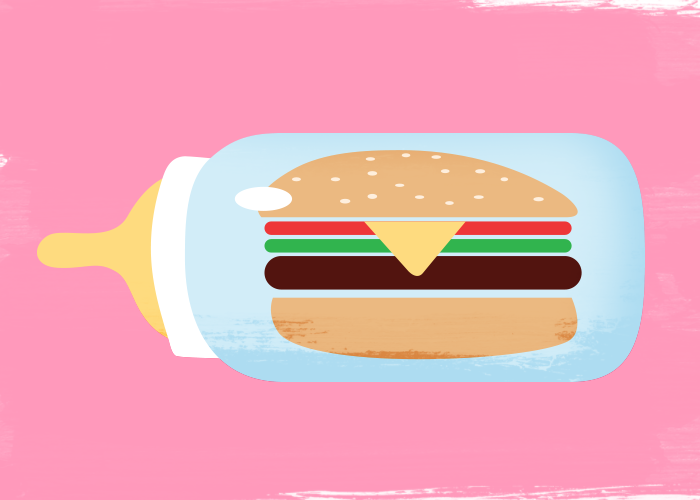 James Akre looks at human motivation and cultural influences on behavior as he tells us about breastfeeding from a man’s perspective.

This article is published with the author’s gracious permission.

No one would dispute that breastfeeding is a quintessentially feminine act. However, some might wonder how a man can be passionate and committed about breastfeeding. I have commented often on the topic’s sociocultural dimension but without explicitly identifying the source of my passion and commitment. I will endeavor to do that now.

I’ll start with my three most relevant credentials: I’ve been a mammal since 1944; I’ve been a dad since 1974; and I’ve been a granddad since 2000. Oh, and by the time I retired in 2004, I had also worked for three decades in the field of international public health nutrition.

I lived my first two decades in the United States and came of age in a highly conflicted anti-pleasure environment. This coincided with a breastfeeding initiation rate of only 25% during the period 1946–1950 (it dropped to 22%, its historic low, in 1972). Distrust, even fear, of the human body contrasted with the era’s often morbid obsession with sexuality and varying degrees of associated denial, hypocrisy and guilt.

We should be able to do better than that, I reasoned; and I credit the traditional farming community in Cameroon, where I worked for several years in my mid-20s, for showing me how. Recalling the outmoded maxim that children should be seen and not heard, I have no memory of kids crying during that period. Mothers routinely carried their young children; physical contact was continuous; and breastfeeding was so commonplace as to go utterly unnoticed.

In addition to that formative intercultural experience, other factors include my abiding interest in human motivation; cultural influences on behavior in the diverse environments where I have lived and worked: the U.S., Cameroon, Turkey, Haiti and Switzerland; the implications of acting, or failing to act, in a manner consistent with our nature; and how the universal biological norm for nurturing our babies is variously molded within society.

Add persistent curiosity, since my teen years, about how “deviant behavior” is defined in a given sociocultural context; who goes to prison and for how long (the U.S. has the highest documented incarceration rate in the world); and the all too frequent neglect of crime prevention in favor of criminal confinement. Though interpretive caution is called for, it is nevertheless instructive to compare breastfeeding and incarceration rates in the same environment.

Years ago, I observed that countries with low incarceration rates often have high breastfeeding rates and vice versa. I am not claiming categorically that breastfeeding keeps people out of prison, although research suggests that may well be true in several meaningful ways. What I am saying, however, is that breastfeeding is a significant surrogate measure of how effectively society nurtures, in the broadest sense of the term, its most vulnerable members.

Consider as well the impact of breast milk and breastfeeding on cognition; educational, mental, psychomotor and behavioral functioning; decreasing the risk of neuropsychological deficits; and laying the foundation for meaningful relationships. Mammals have been evolving for 260 million years or so, and today there are some 5400 species, each with its own inimitable milk. Indeed, humans may have the most complex milk of all. We don’t need to be scientists to conclude that we won’t achieve our developmental potential if we fail to consume the unique first-food that is tailor-made for us.

Human milk’s principal protein, alpha-lactalbumin, plays an essential role in lactose production while protecting the newborn’s gut against disease. The protein’s therapeutic potential was also uncovered in 1995 as a self-destruct trigger for cancerous tumor cells. This was followed, in 2013, with the discovery that the same protein may hold the key to defeating lethal hospital-acquired staph infections. Stem cells were first detected in human milk in 2007. Today, they can be directed to become other body cell types such as bone, fat, liver and brain cells. Only recently have we begun to understand that human milk’s more than 200 complex carbohydrates are not there to feed babies. Instead, they nourish the billions of microorganisms that make up the healthy gut flora and protect against infection and disease. In addition, other molecules in a mother’s milk help shape her child’s lifelong immune responses, and promote tolerance for microbes while keeping them in the gut and away from the rest of the body. Discoveries like these offer important insights into how much there is still to learn about human milk and its impact on both child growth and development, and human health and well-being in general. Scientists are calling mother’s milk the ultimate personalized medicine.

However, there’s no need to be a parent to appreciate the multiple rewards of surrounding ourselves with healthy, well-adjusted and clever people who begin life’s journey in keeping with Nature’s plan. But let’s be clear about the implications here.

Breastfeeding doesn’t make us smarter; rather, not breastfeeding results in falling short of our intellectual promise. Human babies will never achieve their genetic potential by ingesting a pediatric fast-food—I’m talking infant formula here—prepared from the milk of a species that’s alien to ours.

There are no benefits to breastfeeding, only varying degrees of risk, for the health of mothers and children, of not breastfeeding. Indeed, extolling the “benefits of breastfeeding” makes as much sense as touting the “benefits of walking upright on two feet.” Both are defining feature—no more and certainly no less—of what it means to be human. And speaking of walking upright, surely advocating regular exercise is unlikely to be construed as an attempt to humiliate those of us confined to wheelchairs. Yet some observers take exception to promoting breastfeeding, claiming that the real purpose is to shame formula feeders.

Bear in mind that infant formula was originally intended for use as an emergency nutrition intervention. Thus, pitching formula as suitable for routine consumption deprives it of its only claim to legitimacy as a life-sustaining crisis commodity for children with no access to human milk.

The best place to be? Where all people, because they are informed, caring and supportive, not only anticipate that mothers will provide their children with human milk; they also take the appropriate steps, as part of normalized behavior, to ensure they can do just that.

James Akre’s international public health and development career spans five decades, including more than 30 years with agencies of the United Nations system (International Labour Office, United Nations Children’s Fund, and the World Health Organization). He is a member of the editorial board and reviewer for the International Breastfeeding Journal, and he is also a reviewer for Pediatrics and Maternal & Child Nutrition. He is a member of the Scientific Advisory Committee of LLL France and a past member (2004–2010) of the Board of Directors of the International Board of Lactation Consultant Examiners (IBLCE). 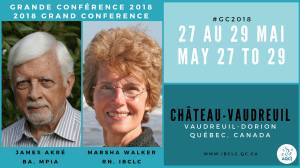 ames spoke in May 2018 at the conference of the Québécoise des Consultantes en Lactation Diplomées de l’IBLCE.

4 thoughts on “Why Breastfeeding is in Men’s Best Interest”