The Value of Pain

One mother’s story of recovery through faith.

An excerpt from When Postpartum Packs a Punch

For better or worse, pain is powerful. Madeleine L’Engle, in Walking on Water: Reflections on Faith and Art, says,

Pain is not always creative; received wrongly, it can lead to alcoholism and madness and suicide. Nevertheless, without it we do not grow. (2001, p. 68)

The time after Noah was born was one of the worst periods of my life, and one of the best, because it presented me with the closest glimpse I’ve had of God. When I called on Him, God answered, though not in ways I expected. For example, He turned my feelings of failure into a sense of freedom … [M]otherhood was the first time I felt unqualified for something. This was a painful admission, especially for a perfectionist. But the more I talked about it, the more I came to see that God doesn’t necessarily pick beautiful, talented people to do His work; He taps unusual candidates, and people with tragic flaws and a looming lack.

I was an unlikely, flawed candidate for motherhood. It’s the weightiest, trickiest job in life. In asking God to show me how to be a mother, I was relieved to discover I wasn’t alone in the parenting game. I was far from perfect, so I could stop trying to be. I still seek his help, because I come up short in patience, kindness, and love. L’Engle writes,

In a very real sense not one of us is qualified, but it seems that God continually chooses the most unqualified to do his work, to bear his glory. If we are qualified, we tend to think that we have done the job ourselves. If we are forced to accept our evident lack of qualification, then there’s no danger that we will confuse God’s work with our own, or God’s glory with our own. (2001, p. 67)

My postpartum struggles also showed me that God was the loving, gentle creator I’d heard others talk about. Until I had Noah, I was suspicious of God. I saw Him as a force that would scold me when I screwed up, as well as someone who threw trials at me to test my faith. This time, I tested my own faith, to see if I could count on Him.

As it turned out, I could. 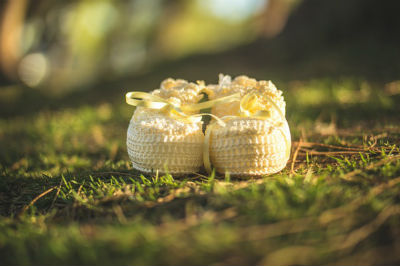 I was covered by love, from the countless baby meals sent by friends and family, to the sympathetic bedside manner of my OB, to the many willing to listen as I recounted the trauma of Noah’s birth and my trip to the ER. Time, medicine, and a therapist helped my mind heal. God had surrounded me with everything and everyone I needed to cope and recover.

My healing came full circle with the arrival of my second child, a girl named Syma, 2 ½ years after Noah. The pregnancy and birth were uncomplicated. She was born naturally, 3 days after her due date and without an induction. I refused Pitocin and squeezed her out after three short pushes. Knowing that women with a history of perinatal mood disorders are more prone to them with subsequent children, I braced for more anguish. When it didn’t come, I was surprised and thankful.

I had stumbled upon the name Syma in my early 20s. One of my first bosses raved about her sister named Syma, whose name she said was Hebrew for “joy.” I decided it would be the name I’d use if I ever had a daughter. A few months before she was born, I researched the name, and found it defined instead as “flourishing” or “treasure.” No matter, I thought; to me, it still meant “joy.” Then I chose her middle name, Amaris, which means “God has promised.” I picked “Syma Amaris,” not just for its lilt, but because it symbolized my faith in God’s promise of joy. Psalm 30 says, “Weeping may last through the night, but joy comes with the morning.” Thanks to my children, I experienced the full weight of that verse.

Syma’s arrival gave me a new perspective on Noah’s birth. Though his arrival was steeped in trauma, it was beautiful. I couldn’t see beauty in the individual moments as I lived through them. But time and a second birth enabled me to distill something sweet from an unsavory situation, to appreciate it in all of its uncommon glory.

I’m grateful for my first days as a mother. They brought healing from wounds I didn’t know I had. They nudged me toward a partnership with God, one where I’m getting to know Him better. Should I somehow forget I need God’s help, my children are faithful reminders.

My story is but one illustration of a battle braved by many women. Some have shared their journeys with me, revealing how mood disorders play out differently from person to person. Discovering the sheer volume of mothers and families who fight these illnesses, we should be startled into acknowledging this as a major health epidemic and stirred to action.

When Postpartum Packs a Punch