What Power Is In a Mother’s Song? 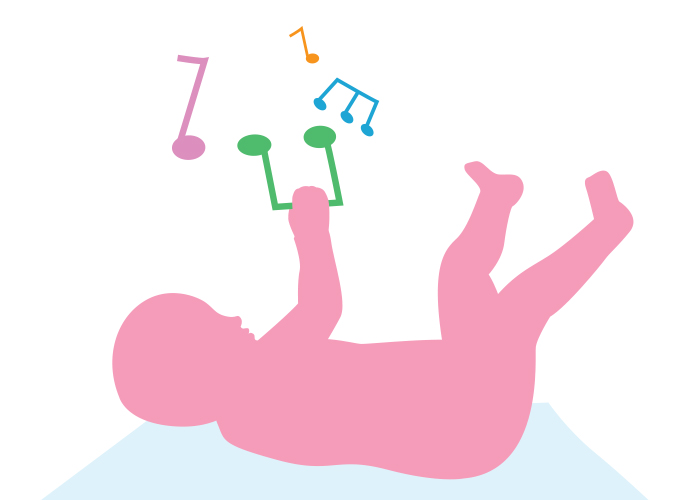 Barbara Higham on whether singing may improve maternal well-being and protect against postpartum depression.

Singing to a baby is something mothers everywhere have always done. I challenge you to find a mother who doesn’t sometimes sing to her baby! Lullabies and nursery rhymes carry on cultural traditions and help mothers to voice their own feelings.

The impact of maternal singing on babies has been the subject of quite a few research studies. For example, Nakata & Trehub, 2004 explored and found that mothers’ singing promoted arousal in babies and sustained infant attention. They also suggested that the regular pulse of music may enhance emotional coordination between mother and infant. However, to date, little quantitative research has looked at the benefits of singing for new mothers themselves.

More recently, studies have found notable associations between singing and enhanced mental health, well-being, and quality of life (Clift, Hancox, Morrison, Shipton, Page, Skingley, & Vella-Burrows, 2015). With postpartum depression (PPD) affecting a significant proportion of new mothers, with symptoms including persistent low mood, fatigue, insomnia, feelings of guilt or hopelessness, and anxiety about the baby (with knock-on effects on the child), new research into the psychosocial intervention of singing may help to develop new paradigms for treating maternal depression and supporting families.

Fancourt & Perkins, 2017 demonstrated for the first time that daily singing to babies is associated with:

This raises the question whether maternal singing to babies can causally reduce instances or symptoms of depression and enhance postpartum psychological well-being. Previous studies have suggested such a causal link (Van Puyvelde et al., 2014; Baker & Mackinlay, 2006; Arnon, Diamant, Bauer, Regev, Sirota, & Litmanovitz, 2014). It is possible that singing might have benefits not just for babies (as previously researched) but also for mothers as a positive parenting practice.

A secondary finding from Fancourt & Perkins, 2017 was that although listening to music was  associated with enhanced mental health and well-being, these effects were attenuated when adding other types of creative engagement into the model. This suggests that the physical act of mothers singing daily to their baby, more than the sound of listening to music alone, could be linked with postpartum mental health and well-being. There may in fact be a combination of four factors that account for the benefits of singing:

It remains to be explored further which factor is most important for mothers in the act of singing to babies and the mechanisms behind whether and how social or physical engagement in music could lead to enhanced mental health and well-being.

Professor of Music Therapy at the University of Miami Frost School of Music Shannon de l’Etoile says that for mothers with postpartum depression, infant-directed singing creates a mutually beneficial situation. Through song, the infants are provided with much-needed sensory stimulation to focus their attention. At the same time, mothers experience a much-needed distraction from the negative emotions and thoughts associated with depression, while also feeling empowered as parents (De l’Etoile, 2015).

I have seen and experienced for myself the very real power of singing on tired new mothers. My baby and I attended a weekly mothers and babies’ music group, aptly named “Pandemonium” and led by a rather theatrical woman dressed in vibrant colors. She played the piano and sang before she danced around the circle, shaking a big cloth bag and singing, “What’s in my bag? Can you guess what’s in my bag?” She captured everyone’s attention and we were all eager to see what would emerge from that bag. It was the first time I had ever seen a guiro, a wooden shaped frog. She demonstrated how when you ran a stick along the ridges on its back, it croaked rather like a real frog, and a tap on its head make a lovely “pock.”

The very best part of the session though was left until last and was for the mothers themselves. On a big flipboard were written a couple of verses of an African round, the words always simple and easy to pick up and pointing to them with a stick, Tamar Swade taught us the tune. We had no idea what we were singing about. She insisted that all of us take part and once we’d practiced the words three times, she’d split the circle into three parts to come in at different points to sing. It never failed to make a wonderful performance that lifted all our spirits. Each week, we’d arrive rather tired and stressy with tetchy babies and toddlers, but by the time we left, we’d be buzzing and ready to head to a café to breastfeed and watch our tots make messes together, when just quarter of an hour earlier, we’d all been worn out, ready to slink away back to our own homes. There was a real joy in that simple and marvelous singing.

I look forward to seeing more research that encourages mothers to sing away sadness.

Here’s an example of women’s joy in group singing!